You are here: Home - Winding Up A Company 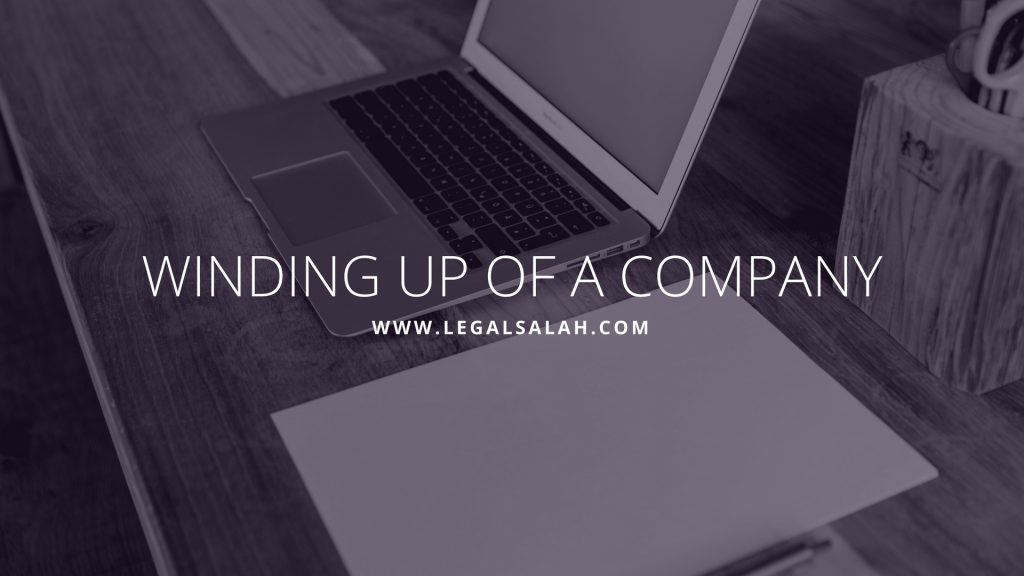 Request A Call Back *

Winding up of a Company

As per Companies Act 2013, a company can be wound up by a Tribunal, if:

Voluntary Winding up of a Company

The winding up of a company can also be done voluntarily by the members of the Company, if:

Steps for Voluntary Winding up of a Company

The following are the steps for initiating a voluntary winding up of a Company:

Step 1: Convene a Board Meeting with two Director or by a majority of Directors. Pass a resolution with a declaration by the Directors that they have made an enquiry into the affairs of the Company and that, having done so, they have formed the opinion that the company has no debts or that it will be able to pay its debts in full from the proceeds of the assets sold in voluntary winding up of the company. Also, fix a date, place, time agenda for a General Meeting of the Company after five weeks of this Board Meeting.

Step 2: Issue notices in writing calling for the General Meeting of the Company proposing the resolutions, with suitable explanatory statement.

Step 5:  Within 10 days of passing of resolution for winding up of company, file a notice with the Registrar for appointment of liquidator.

Step 6: Within 14 days of passing of resolution for winding up of company, give a notice of the resolution in the Official Gazette and also advertise in a newspaper with circulation in the district where the registered office is present.

Step 9: Call for final General Meeting of the Company.

Step 11: Within two weeks of final General Meeting of the Company, file a copy of the accounts and file and application to the Tribunal for passing an order for dissolution of the company.

Step 12: If the Tribunal is satisfied, the Tribunal shall pass an order dissolving the company within 60 days of receiving the application.

Step 13: The company liquidator would then file a copy of the order with the Registrar.

Step 14: The Registrar, on receiving the copy of the order passed by the Tribunal then publish a notice in the Official Gazette that the company is dissolved.

constitutionalcounsels.in is India’s largest online business services platform dedicated to helping people easily start and manage their business, at an affordable cost. Our aim is to help the entrepreneur on the legal and regulatory requirements, and be a partner throughout the business lifecycle, offering support at every stage to ensure the business remains compliant and continually growing.